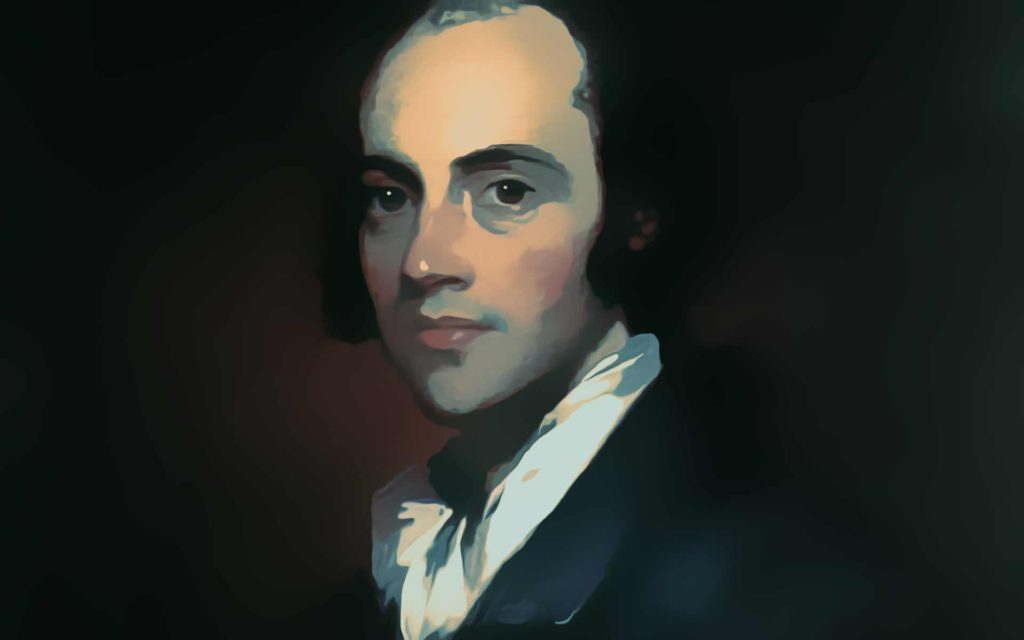 COVID in the Time of Hamilton – Part II

In 1799, the year George Washington died, Aaron Burr served in Albany as an Assemblyman.  Since 1795, yellow fever had killed thousands in New York City and the city was paralyzed by fear of the disease which magically appeared each spring, then just as magically disappeared with the first frost.  New York needed a cure, and Aaron Burr saw how he could benefit himself.

Scientific men back then believed that the disease was connected to polluted water, and there was a resulting public outcry for clean water.  A quarter century before, just before the Revolution, Irish immigrant Christopher Colles proposed a public water system using a steam engine to pump water from a well.  His reservoir would hold 100,000 gallons of water and he planned to pump the water uphill into the reservoir, and let gravity fill the pipes.

Pine trees shipped down river from Albany were to be fashioned into wooden pipes with a six-inch hole bored lengthwise then to be fastened together with iron hoops.  Crews buried the pipes four feet beneath the clay streets and alleys to bring fresh water to inhabitants.  But just as Colles was about to effectuate his project, the Revolution began and the British destroyed all the pipes he had laid and turned the reservoir into a dump.

Twenty-five years later, as the yellow fever epidemic raged, New York’s ground waters were hopelessly infected by dumping sewage, dung and decaying animals from slaughterhouses and tanneries into streams and ponds.  The groundwater was completely undrinkable, and potable water had to be delivered in “tea carts,” with residents paying for water as they received it.

The vicious outbreak of yellow fever in 1795, caused New York to establish a Board of Health and the Board returned to Colles’s plans for a municipal water system.  Aaron Burr stepped forward and convinced the City Council that the work of building a municipal water system would best be performed by a private company.  The council agreed.  In spring, 1799 Burr formed the Manhattan Company to dig wells and lay pipes to supply clean water to homes and businesses, and also to help extinguish the frequent house fires that occasionally destroyed blocks of homes and commercial buildings.

Burr convinced many New York luminaries to sit on the board of his Manhattan Company, among them Alexander Hamilton and his brother-in-law John Barker Church.  It was all for a good cause, right?

Contrary to some recent depictions, Alexander Hamilton was never a man of the people.  He didn’t think the ignorant and the poor could be trusted with power.  The French Revolution illustrated the chaos and bloodshed that would ensue if people were allowed to govern themselves.  Despite his humble origins, or perhaps because of them, Hamilton sought to keep wealth and power in the hands of the rich and educated.  He believed in “trickle down” economics.  To finance Hamilton’s new centralized federal government, he chartered the Bank of the United States, and also a subsidiary, the Bank of New York, both as monopolies with all competition prohibited by law.  The wealthy would get wealthier and the poor would fend for themselves.

On the other hand, Aaron Burr, a blue-blood by birth, championed the cause of the common man.  An odd little drinking club called the Sons of Tammany that met at Brom Martling’s tavern and dressed in Native American costumes, was transformed by Burr into his private political machine to win political power for the common workingman.  The right to vote then required ownership of real estate and Burr sought a way around this to expand his pool of voters.  He began by using the threat of yellow fever to persuade his moneyed Federalist opponents to support his clean water enterprise.  Burr even prevailed upon Alexander Hamilton to write a letter to his fellow Federalist board members urging support for the company.

In 1799 Burr returned to Albany to obtain a charter for his new company.  With bipartisan support he pushed his bill through the legislature, and the Manhattan Company came to life.  But just before the bill passed April 2, 1799, Burr secretly slipped in this clause:

“That it shall and may be lawful for the said company to employ all such surplus capital as may belong or accrue to the said company in the purchase of public or other stock, or in any other monied transactions or operations not inconsistent with the constitution and laws of this State or of the United States for the sole benefit of the said company.”

The clause allowing Burr’s Manhattan Company to use its surplus revenue for any legal business purpose, including lending money, essentially made it a bank, getting around the banking monopoly Hamilton had had enacted.  No Federalist, even the wary Hamilton, saw his trickery and the Manhattan Company, under the guise of a waterworks company, opened its doors as a bank at 40 Wall Street, on September 1, 1799.  Of the $2 million it raised in its IPO, it spent a mere $100,000 on the water system, and used the other $1.9 million for its banking operations.

When the workings of the Manhattan Company came to light, Hamilton raged against Burr for such trickery and deceit.  The water system had merely been a ruse for Burr to establish the new bank to rival Hamilton’s Bank of New York, so that Burr could even the playing field to compete with Hamilton’s wealthy friends.

With control of his own bank, Burr could now lend money to his Tammany followers so that they could buy real estate in order to qualify to vote.  The water system was neglected and was never finished.  Nine years later, the Manhattan Company scrapped plans to draw water from the Bronx River, and instead a series of wells were dug.  One such well figured in America’s first recorded murder trial, “the Manhattan Well Case,” in which a young woman was found dead and Levi Weeks was accused, and then acquitted with Burr and Hamilton working jointly on his defense in a sensational trial.

The company Burr established, ostensibly to help end the yellow fever epidemic, gave up any pretext of being a waterworks company in 1808.  Its investors retrieved their $1.9 million investment in the failed waterworks, but the Manhattan Company survived as a bank, merging in 1956 with Chase National Bank to form Chase Manhattan Bank, and continuing today as JP Morgan Chase & Co.

Just as Aaron Burr and his Sons of Tammany capitalized on New York’s fear of yellow fever, we see scammers and profiteers today trying to cash in on the COVID pandemic.  On a smaller scale we’ve seen the stockpiling of masks and hand sanitizers; on a larger scale, pharmaceutical companies vie to find an effective treatments, vaccines and tests because of the obvious potential profits.

We contemplate the future in which sports venues, political rallies, theaters and restaurants will never be the same, and other institutions will become ever more digitalized.  We will all respond the best we can, but there will be those cagey souls, who like Aaron Burr, can use the fears and hardships of others to benefit themselves.