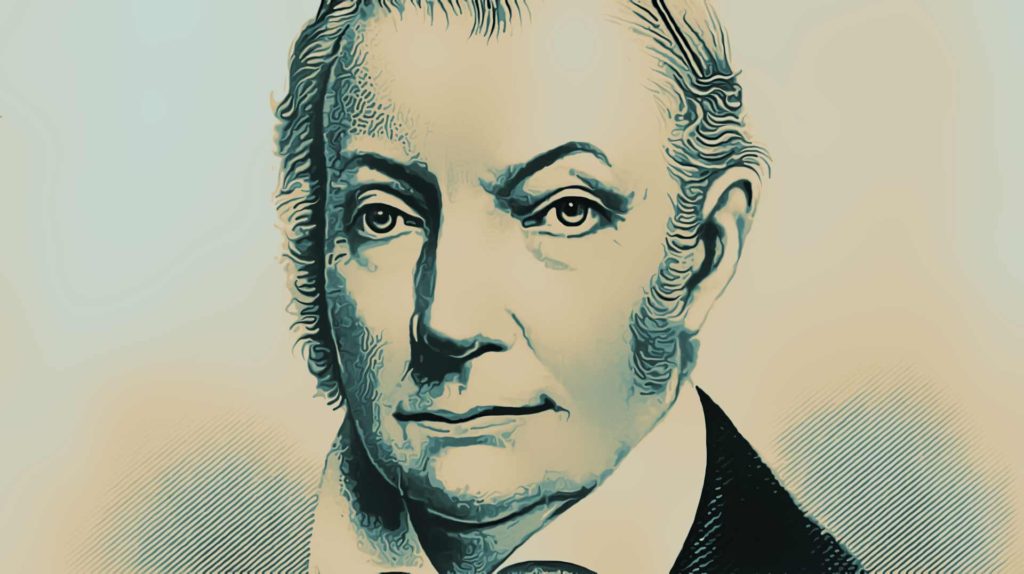 I learned long ago that the villain drives the story.  If the villain is weak or compliant, there is nothing at stake.  The hero has nothing to overcome to win victory or suffer defeat, and the story is bland.  Aaron Burr was one of history’s most compelling villains, as Hamilton found out.

In the history of the duel, Burr makes a perfect villain.  He exudes charm, seduces a multitude of women, deceives and misdirects, owns slaves, cheats his creditors, and in politics he plots and schemes to win power.  In contrast, Alexander Hamilton lives a virtuous, hard-working life.  He builds a beautiful home for his family, loves and provides for his wife and his many children, and on the public stage uses reason and an abiding belief in liberty and self-reliance to lay the foundation for America.

When Hamilton and Burr tangle, sparks fly.  Burr catches Hamilton off guard.  He plots to bring New York into a secession plan that will split the union.  When this fails, in part because Hamilton opposes him, Burr taunts him into a duel, and then shoots and kills him.

As with most villains (think of Iago), Burr miscalculates, and the backlash is quick and absolute.  Also like most villains, his vices not only test the hero’s strengths, they also bring about his own downfall.  Karma.  Poetic justice.  Burr will never hold an elective office again. He goes into exile and lives “down and out in Paris and London,” in abject poverty until he can safely come back to New York.  Upon his return, his beloved Theodosia, his only child, tries to visit him, and she’s lost at sea.

I consider the hallmark of a good villain to be his lack of conscience.  Watching his progress, we can imagine what our lives would be like if we did not listen to our inner voices, and we observe the grave consequences with curiosity and perhaps terror.

When Hamilton accepted Burr’s challenge and fell to his pistol shot, he deprived the nation of a great leader, ruined his family and lost his life over a questionable insult that he did not remember uttering.  In other words, he allowed Burr’s villainy to control events to produce real-life tragedy.  Here lies the lesson.  No matter how many accomplishments or how much wealth or respect or fame we win, we must always listen to the good angel on our right shoulder, and ignore the devil on our left.  This was Hamilton’s Choice, and how easily it happened to a brilliant and virtuous man shows how hyper-vigilant we all should be.